THE POMO-LIBERAL ASSAULT ON MARXISM,
OR, A JELLYFISH'S GUIDE TO COSMIC ESEMPLASTICITY ... 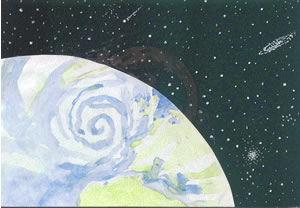 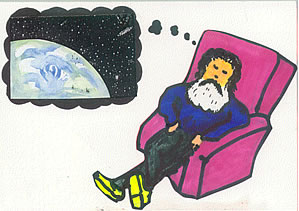 But dreaming totality is apparently a SIN, leading to TOTALITARIANISM and all the other evils of a political world which is not nice and convenient and confortable and humane like "ours" ... take for example T.J. Clark in Farewell to an Idea: Episodes from a History of Modernism (Yale University Press, New Haven and London, 1999, p. 237):

"Be advised that for Malevich in 1920 ... Factory equals the Party. It equals Materialism. It equals the Marxist dream of totality." 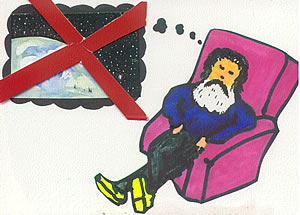 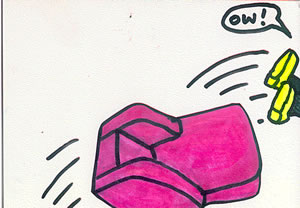 However, the DIALECTIC is not to be defeated by such prohibitions on the proclivity of the human mind to THINK THE WHOLE. How else can we map the transition from QUANTITY TO QUALITY, for example, except by reflection on the concepts which govern our thinking, i.e. "EVERYTHING"??? 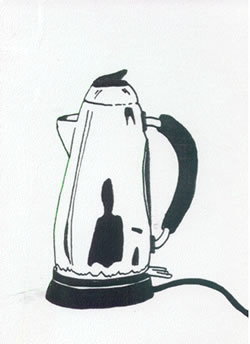 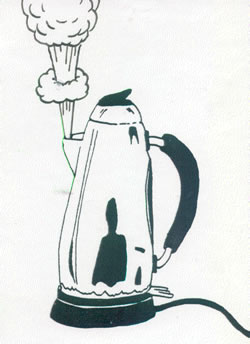 Anyone offended by the Stalinist hackery of the kettle-boiling-image-out-of-Engels might find relief in Raya Dunayevskaya's parenthetical aside: "Incidentally, people are always mistaking 'Quality', by speaking of the transformation of Quantity into Quality. Quality is the first term; it is something against just nothing. Quantity is the bigger thing, because now you are a lot of people. In the movement to Measure, you now have so many Quantities that it becomes the Measure of man, the Measure of woman." ("Hegel, Marx, Lenin, Fanon, and the Dialectics of Liberation Today", 5 December 1976, The Power of Negativity: Selected Writings on the Dialectic in Hegel and Marx, Lanham: Lexington Books, 2002, pp. 198-9). You might also like to note the dialectical, auto-reflexive artist's SELF-PORTRAIT lying at the heart of these esemplastic portrayals of our MILITANT ESTHETIC kettle. 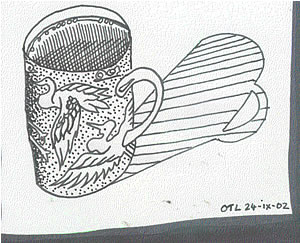 "Enlightenment ... upsets the housekeeping of Spirit in the household of Faith by bringing into that household the tools and utensils of this world." G.W.F. Hegel, Phenomenology of Spirit, 1807, §486.

Did anyone mention sofas? 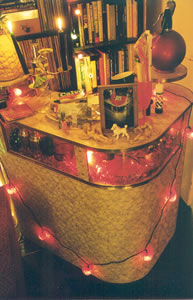 NOTE: Most of the images above were originally drawn to make slides to accompany "The Theory of Value in Marx and Adorno", a paper delivered by Ben Watson to the Marxism & the Visual Arts Now conference, Tuesday 9 April 2002.