DEREK BAILEY & THE STORY OF FREE IMPROVISATION
by
Ben Watson

ANYONE WHO THOUGHT THE AVANTGARDE WAS DEAD SIMPLY FORGOT TO LISTEN

exhausting discographies of the complete Bailey oeuvre & of the Incus catalogue

!!SEVEN YEARS IN THE MAKING!!

another "biography" to idea-storm the literalists

save music writing from the blahs!

HYPE FROM THE BEST:

Guitarist Derek Bailey - currently celebrating his 74th year - has become a by-word for superlative musicianship and awe-inspiring defiance of musical cliche. He is idolised by musicians as diverse as Pat Metheny, Sonic Pleasure and Dallas Boner. Ben Watson, author of Frank Zappa: The Negative Dialectics of Poodle Play, tells Bailey's story via taped interviews, gig-reports and album-reviews (including an exhaustive discography of Derek Bailey's hard-to-track recordings).
After ten years working himself to the top of his profession as a dance-hall and session musician, the guitarist committed himself to Free Improvisation in the early 60s. He has lived to see it become the lingua franca of today's art-music scene. Bailey won't allow Free Improvisation to be bracketed with American Jazz: instead, his staggering list of liaisons - which includes existential sound-artists, classical percussionists and string-players, Butoh dancers and tap dancers, rock stars, jazzers, poets, careerists, eccentrics, loungecore trendsetters and a host of fiercely individual musicians - needs to be placed at the centre of current debates about Modern Art. Uniquely among British music-writers, Ben Watson is equipped for this task.
Derek Bailey & the Story of Free Improvisation lifts the lid on a scene that has flourished by defying every known law of the music business. This biography - spiky, polemical and often very funny - provides 21st-century anti-capitalism with an aesthetic manifesto. 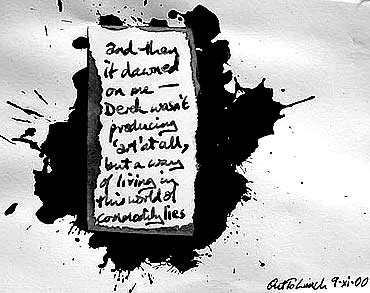 Back to The Bailey Papers 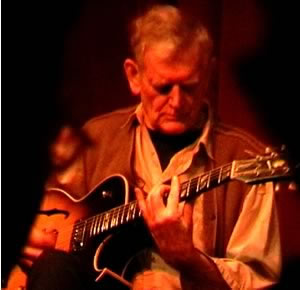